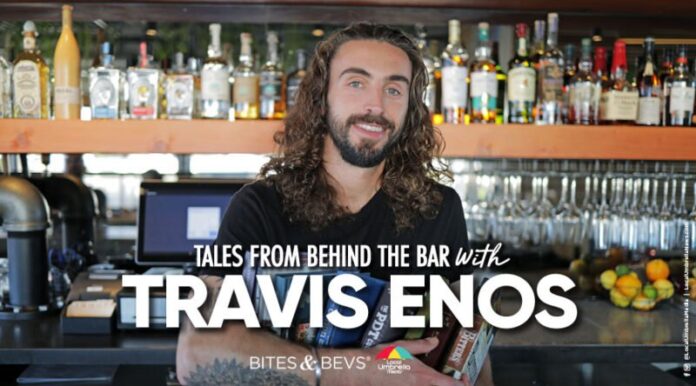 Tales from The Bar with Travis Enos

Tales from The Behind The Bar with Travis Enos 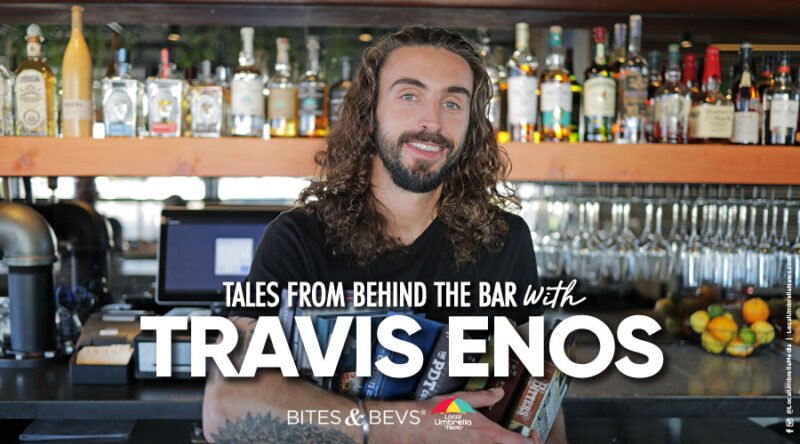 Travis Enos’ story conjures up memories of the 1967 film, The Graduate, in which an older woman (Mrs. Robinson) seduces a young 20-something (Benjamin). Except in this case, the guy uses more restraint.
“She came into the bar, slipped me her hotel room key and asked what time I was getting out of work,” Enos recounted, noting there was about a 30-year age difference between him and the woman. “I didn’t feed into it, but I was polite.”
A couple months later the woman was back in town and returned to the tavern. “This time she gave me wallet- size photos of herself wearing lingerie and risque outfits with stilettos. I didn’t know what to do with them, so I put them behind one of the computer terminals at the bar. But my co-workers started throw- ing around a lot of jokes about it, so I don’t know where they ended up.” said Enos, adding that the situation was awkward “especially when feeling on stage while working a bar.”
Signature cocktail: The “Working Class,” which Enos invented when Bay Hill Tavern opened six months ago. The shaken drink features mezcal, raspberry shrub, peach liqueur and lemon juice. It comes in a Collins glass with a Tajin spice rim.