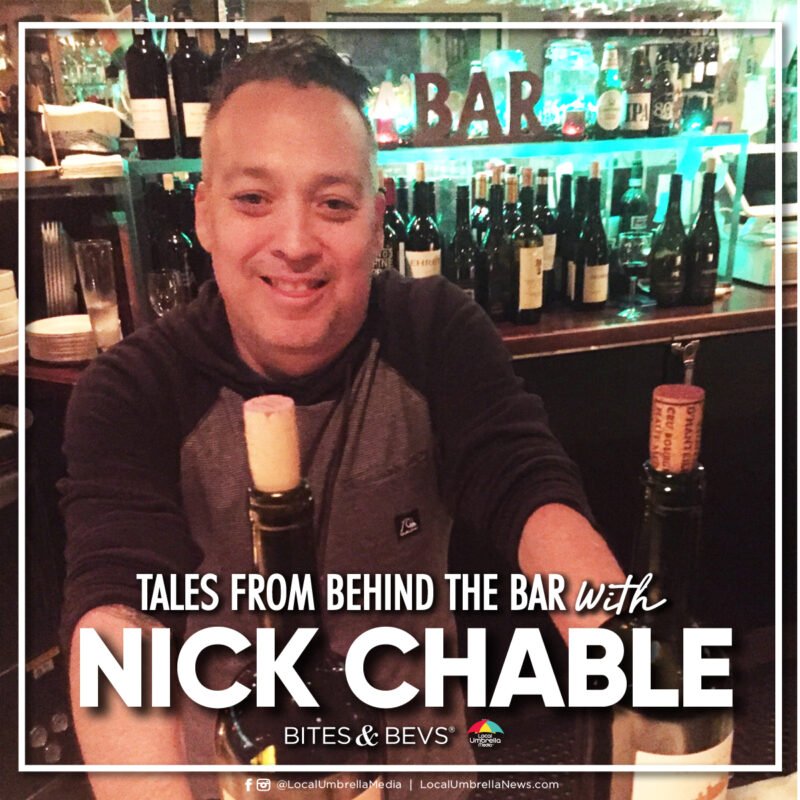 Don’t count on winetender Nick Chable to choose your vino if you don’t peruse the menu first. He learned a lesson once from a well-dressed guy who came into The Wine Lover with a few friends.
When Chable started handing him the wine list, the man said, ‘I don’t like menus’ but made it clear that he loves cabernet sauvignon. (The good ones, as we know aren’t cheap.) So he asked for a bottle of Chable’s choosing.
After washing down a cheese board with a second bottle of the cab, he was given a reasonable bill for $100. But he rudely pro- tested it, saying he expected to spend only $20 per bottle.
“We gave him a deal and ended up losing a percentage on that bill,” said Chable. “Today, if people ask me to pick their wine, I’ll definitely help. But they have to make the final decision from the menu.”
Current wine favorite: Stolpman Vineyards Syrah from Ballard Canyon in Santa Ynez. “It’s a deep, rich luscious syrah. We’re one a few places that carry it,” Chable noted.
Share
Facebook
Twitter
Pinterest
WhatsApp
Previous articleTales From The Bar with Brittany Harris
Next articleMission Hills – JUNE 2020
San Diego
broken clouds
70.1 ° F
83.1 °
61.8 °
75 %
2.2mph
75 %
Thu
70 °
Fri
68 °
Sat
66 °
Sun
64 °
Mon
65 °
- Advertisement -

Tales From The Bar with Marisol Lopez