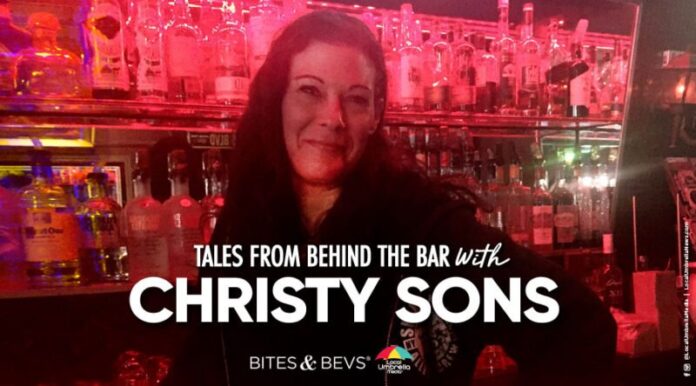 Tales From The Bar with Christy Sons

If there is one profession that places its workers in ringside seats to the world, it’s the men and women who tend bars. Much like psychiatrists, bartenders stand witness of a host of human behaviors, and they’re adept at listening to people with stories to tell. The only difference is that pulling the ear of a bartender is free, except for the money spent on whatever libations they sling. We reached out to a handful of esteemed bartenders throughout San Diego to ask what customer interactions remain forever etched in their minds. 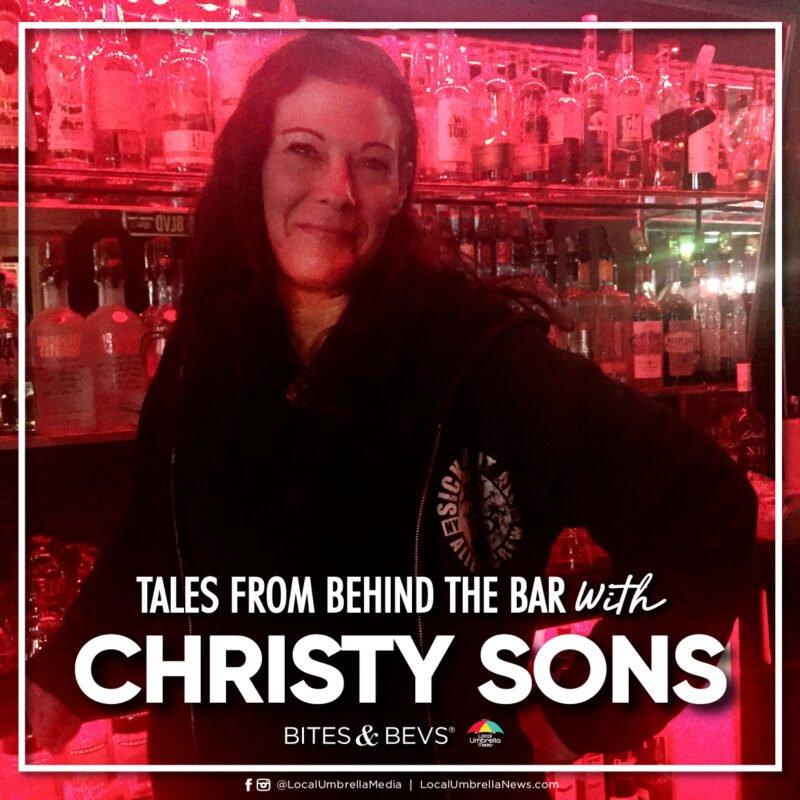 Did you hear the about the guy who walked into a bar carrying a heavy-steel anvil? We didn’t either until talking to Christy Sons, who works at San Diego’s oldest dive bar, the Alibi.

“It happened during that dead time, shortly before our closing rush, and I was working by myself,” Sonsre called.“This30-some- thing guy walks in. He seemed very normal, lucid and not intoxicated. But he had a giant anvil under his arm and makes a B-line to the restroom. He says he’s going to buy a beer afterwards. When he came out, he said he changed his mind about getting a beer, and said goodnight. I never saw him again. It was just so bizarre.”
Sons’ signature cocktail: Bloody Marys. “I love hand-building them. And when people tell me how good they are, it’s super satisfying.”
Facebook
Twitter
Pinterest
Email
Tumblr
Previous articleTales From The Bar with Corey Thomas
Next articleTales From The Bar with Antonio Gonzalez
Frank Sabatinihttps://localumbrellanews.com

https://youtu.be/J_VmshO_374 A veteran-owned business, Chula Vista Brewery prides itself on being the first craft brewery to open in Chula Vista....
Bar

https://youtu.be/6i3YASpwfgg With locations in North Park and Carmel Valley, Second Chance boasts a robust selection of beers ranging from the...
Bar