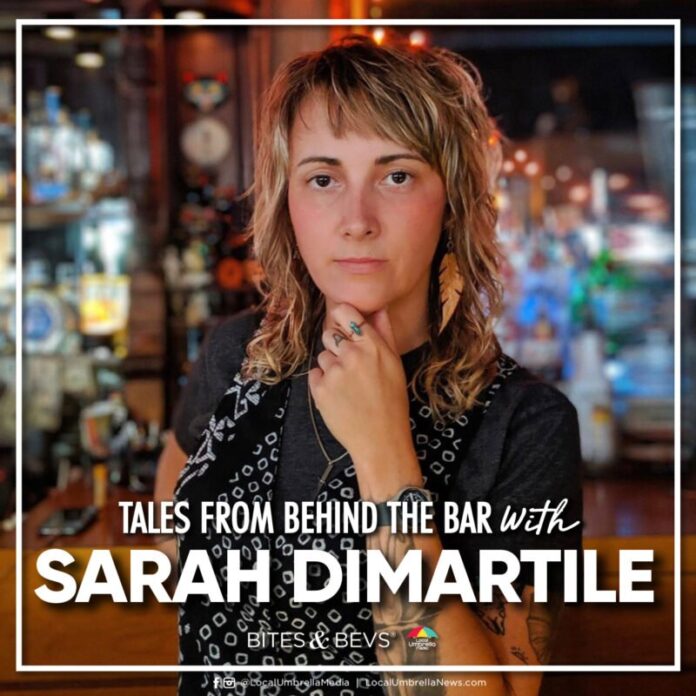 Tales From Behind The Bar with Sarah DiMartile

Tales From Behind The Bar with Sarah DiMartile 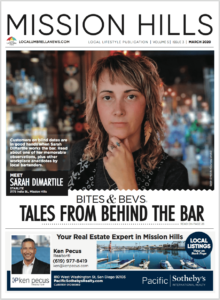 Since Sarah took the job as bartender three years ago at this popular India Street cocktail lounge, Sarah DiMartile has served cocktails to many couples on blind dates. She also fields conversations “about literally anything” from other customers, including hearing about their personal health issues. “I had an older guy who would tell me about his bowel movements,” she quipped.
On the romance front, she recalls a woman waiting nervously for her blind date. She ordered a shot and became excessively chatty with DiMartile as she was working a full bar.
“As soon the guy arrived I could tell it wasn’t going to work out. They hung out for an hour and then went their separate ways,” she said. Although a year later, the woman returned, arriving with a different blind date. “She remembered my name and every- thing as they sat down,” said DiMartile, adding that the symmetry “went a lot better this time around.” Which could explain why she never saw either of them again.
Di Martile’s favorite drink: The Final Ward, a classic cocktail that mixes together rye bourbon, lemon juice, green chartreuse and maraschino liqueur.

https://youtu.be/J_VmshO_374 A veteran-owned business, Chula Vista Brewery prides itself on being the first craft brewery to open in Chula Vista....
Bar

https://youtu.be/6i3YASpwfgg With locations in North Park and Carmel Valley, Second Chance boasts a robust selection of beers ranging from the...
Bar