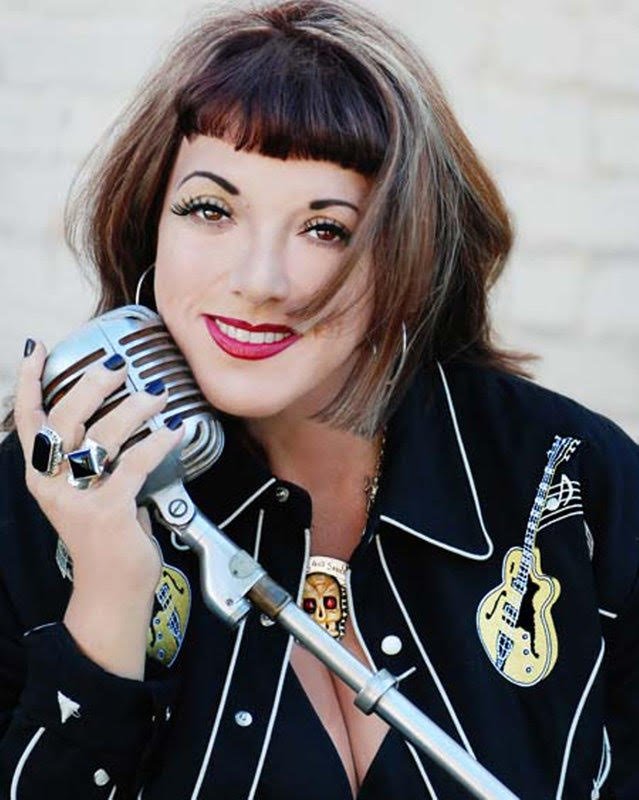 By Bart Mendoza
It’s no secret that San Diego’s current music scene is thriving. That success, however, comes through the hard work of many earlier musicians and industry folk who laid the groundwork to today’s burgeoning music community. It’s for this reason that a San Diego Music Hall of Fame has been created, with its second annual presentation ceremony taking place on Oct. 18 at Newbreak Church.
This year’s inductees include the late blues legend Candye Kane, jazz saxophonist Charles McPherson, bluegrass guitarist Walt Richards, trumpeter Bill Caballero, blues guitarist Robin Henkel, and singer Eve Selis. Meanwhile, performers will include Henkel and Selis as well as guitarist Mark Goffeney, The David Sullivan Jazz Group, acoustic hip-hop troubadour Rob Deez and the Candye Kane Alumni Band, featuring pianist Sue Palmer and singer Casey Hensley.
Musician, promoter, and president of the Hall of Fame, Jefferson Jay, considers the creation of this honor to be long overdue. “I love San Diego and the music community here has made a massive positive impact on my life,” he said. “I am hoping this San Diego Music Hall of Fame will help build a deeper appreciation and a greater awareness of those who have lived their lives making sure we all have inspiring music.”
For now, the Hall of Fame “currently lives online at sdmhof.com and at our annual event, but I am very open to finding a location when the right opportunity emerges,” Jay said.
For Jay, it’s important to include all aspects of the local music scene. “It takes all kinds of people to make an entire music community,” he explained. “Musicians from every genre, everyone working at venues, music stores, music schools, musical theater, instrument makers, in military music, non-profit organizations, and media all play crucial roles in ensuring that millions of people in our region can enjoy San Diego-based music every day,” Jay continued.
“Our goals are to honor those who have given so much for our musical community and to increase awareness of and pride in San Diego’s long, rich musical history.”
Drummer Evan Caleb Yearsley is proud that his mother, Candye Kane, will be honored this year. He will be performing with singer Casey Hensley. “I know my mother would feel honored and excited to be recognized for all her hard work and accomplishments,” he said. “She always loved coming home to San Diego after a long tour, walk on the beach and enjoy the beauty that is San Diego. Touring over 250 days a year, you’re not home much but when you are, San Diego is a beautiful place to call home.
“I’m grateful and honored to be accepting the San Diego Music Hall Of Fame Induction for my mother Candye Kane on her behalf. I also thought it was a great chance to celebrate her legacy by performing some of her music, her love, her life.”
For his part, Jay’s goals for the future of the event are straightforward. “I would love to keep the event in Ocean Beach. We have expanded since last year, moving to the larger Newbreak Church from the smaller OB Playhouse, which we sold out last year. We are very excited to work with Pastor Carter Moss at the church. He is a fine community leader and we are grateful that they chose to host us this year. Time will tell if we can keep it in OB.”
Meanwhile, he’s succinct on what he hopes audience members take away from this event. “Our goal is to make sure that more people feel enriched by the musical part of being San Diegan,” Jay said. “I met my wife and almost all of my best friends through making music here.
“A lot of people don’t realize how many terrific people, who are also great musicians, have chosen to live in San Diego, despite the fact it can be a very challenging place to be a musician. I am extremely humbled and grateful to be part of our music community and this is my attempt to give back,” he said good-naturedly.
San Diego Music Hall of Fame: Friday, Oct. 18, at Newbreak Church, 4694 Cape May Ave. 7 p.m. All ages. www.sdmhof.com.

Donnie Edwards, a two-time All-Pro and a 2002 Pro Bowl selection who played 13 seasons with the NFL’s Kansas...
Music Scene

Erik Hawkins, Vice President of Global Product Marketing at facebook (who grew up in Clairemont) welcomes San Diegan's to...