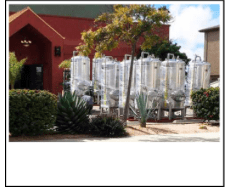 By Jan Hintzman, Rolando News Staff
The item on the Planning Commission docket on March 14, 2019, was “Montezuma Hotel.” The owner of the property adjacent to the College- Rolando Library was asking for a zone upgrade so that he could build a hotel there. Library advocates were there in force.
What was on their minds? They were there to convince the Commissioners that it was important to protect the library access and parking now provided on the property intended for a hotel. Rolando neighbors were joined by residents from the College Area and library supporters. The College Area had previously considered development options for the now- vacant church property. They expressed strong support for a hotel development over additional multifamily housing there. But they also spoke strongly about the library’s needs.
Why the intense neighborhood concern? To date, the City and the property-owner have not formalized the agreement promised by the property- owner that would provide permanent library access from Montezuma Drive and as well as parking for the library.
How did the Commissioners respond? They supported the City staff recommendation to approve the upgrade but did recognize the community’s pleas to assure that the library’s needs would be accommodated. It’s now up to City staff, the owner, and our councilmember to find a way to thread this needle prior to final City Council action. That action is expected in the next several months.

Rolando did itself proud on March 14 at the Commission. Thanks to all who attended the hearing. Our representatives included Scott Fielder, RCC VP; Jackie Flohr, RCC Director; Linda Godoy, Rolando’s Planning Committee Chair; ET Perry and Jan Hintzman, past RCC Officers; and residents Jim Felix, Rob Watkins, and Sylvia Nielsen.

How Is Rolando’s Voice Heard In City Planning Decisions?