Free Outdoor Summer Concerts At The Spreckels Organ Pavilion Monday Evenings Through September 3, 2018
On Mondays through Sept. 3, 2018 at 7:30 pm, the Spreckels Organ Society lights up San Diego nights with the International Summer Organ Festival – an inspiring lineup of free outdoor concerts at the Spreckels Organ Pavilion in Balboa Park, each designed to demonstrate the fresh sound of the historic 1914 Spreckels Organ, the largest outdoor pipe organ in the world.
August at the 2018 Festival features virtuoso performances by world-class organists, acclaimed string and organ duos, Rising Stars Night with 15 year-old twin organists, the always popular Spreckels Silent Movie Night, and Rocking Balboa: A Pink Floyd and Led Zeppelin Tribute.
All Festival concerts start at 7:30 p.m., are free to the public, and are open to all ages. Friendly music loving pets on leash are welcome. Light snacks, beverages, and unique gifts are available on the pavilion grounds, and proceeds from donations benefit the nonprofit Spreckels Organ Society, which works to pre- serve, program and promote the Spreckels Organ as a world treasure for all people.
END OF AUGUST FESTIVAL SCHEDULE
Monday, August 20, 7:30 p.m.
Silent Movie Night! Theatre Organist Steven Ball returns to San Diego for the Festival’s popular Silent Movie Night. He’ll play for the hilarious Safety Last (1923) star- ring Harold Lloyd, a film that includes one of the most famous images from the silent film era: Harold Lloyd in a straw hat and round horn-rim glasses, hanging from the minute hand of a clock on a skyscraper 12 stories above mov- ing traffic.
Steven Ball occupies a rather unique place in the musical world of the organ. Widely recognized for his scholarship both with classical improvisation as well as the art of silent film composition and accompaniment, he has travelled and per- formed world-wide.
SPECIAL EVENT:
Monday, August 20, 5 – 7p.m.–Spreckels Beer and Wine Taste. Enjoy a beer and wine tasting before Silent Movie Night at the Japanese Friendship Garden. All Tasting attendees receive reserved seating for the always popular Silent Movie Night. $35 in advance, $40 at the door. Snacks and a variety of excel- lent local craft brews and wines. 21+.
Monday, August 27, 7:30 p.m.
San Diego Civic Organist Raúl Prieto Ramírez and his wife Maria Teresa Sierra have been performing full-scale concert performances for piano and organ since 2007. The high artistic standards and blazing, edge-of-the-seat virtuosity which mark their individual performances permit them, as a duo, to approach the music with the precision and clarity of a premier chamber ensemble. As Le Monde (Spain) described: “They play as with one mind.” Maria Teresa Sierra is a noted con- cert pianist who trained at the Rim- sky-Korsakov Conservatory in St. Petersburg, Russia.
Monday, Sept. 3, 7:30 p.m.
Rocking Balboa: A Pink Floyd and Led Zeppelin Tribute. The finale of the International Summer Organ Festival features San Diego Civic Organist Raúl Prieto Ramírez play- ing classics by Pink Floyd and Led Zeppelin, two of the most influential rock bands in music history.
The Spreckels Organ & Pavilion
The Spreckels Organ in San Diego is the world’s largest outdoor pipe organ. This first-of-its-kind organ designed to play for an outdoor audience has been amazing music- lovers since December 31, 1914, when from his presidential desk, Woodrow Wilson touched the tele- graph key that set off fireworks and lit the Pavilion’s 1,644 incandescent bulbs, launching the Panama-California International Exposition.
Among the first of Balboa Park’s cultural gems, thanks to the vision of brothers Adolph and John D. Spreckels, the Spreckels Organ is a pipe organ that can perform the full range of musical masterworks. Built by the Austin Organ Co. of Hart- ford, CT, the Spreckels Organ was deeded to the City on January 1, 1915 at the opening of the Panama- California Exposition and has played steadily ever since. The organ is maintained by L. W. Blackinton and Associates, Dale Sorenson, Curator.
The Spreckels Organ is sponsored by the City of San Diego, The Department of Park and Recreation, and the nonprofit Spreckels Organ Society, assuring that this civic trea- sure entertains music lovers throughout the year.
Spreckels Organ Society
The nonprofit Spreckels Organ Society was founded in 1988. For more information about the Society including a listing of upcoming con- certs, visit SpreckelsOrgan.org or the Spreckels Organ Society on Insta- gram, Facebook, and Twitter @SpreckelsOrgan.
 

Simanda Investments Gives Tips On How To Sell A Mortgage Note

Simanda Investments is your one-stop for everything relating to mortgage notes. Read more

The fee-only financial planning firm relocates to a larger office as they continue to grow to serve their clients' needs. Read more 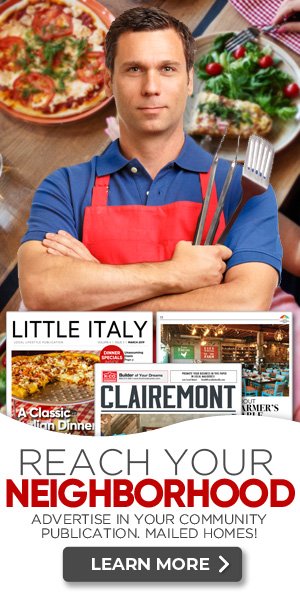