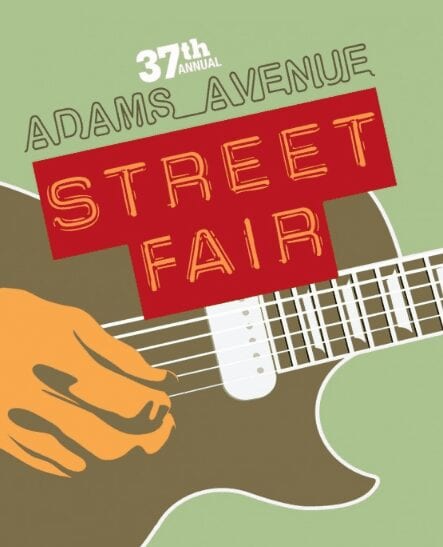 By Bart Mendoza
The 37t​h​ Annual Adams Avenue Street took place September 29-30, with 80 musical performers on six stages along Adams Avenue in Normal Heights. The street fair is the traditional end of summer for San Diego’s music lovers, but the early afternoon heat didn’t deter huge crowds from gathering at the outdoor stages to see such performers as psyche rockers The Loons, New Orleans jazz and funk inspired Euphoria Brass Band, country combo The Dave Gleason Trio and humor heavy quartet, Geezer. There was also music in venues such as Lestat’s Coffeehouse and The Rabbit Hole, as well as numerous buskers, offering up something for everybody.

The next edition of the free, all ages, Adams Avenue Street Fair takes place on
September 28-29, 2019 www.adamsavenuebusiness.com

By Bart Mendoza It’s no secret that San Diego’s current music scene is thriving. That success, however, comes through the...
Music Scene

KAABOO 2019 is now in the history books, with the sold-out, three-day event once again delivering an incredible experience...